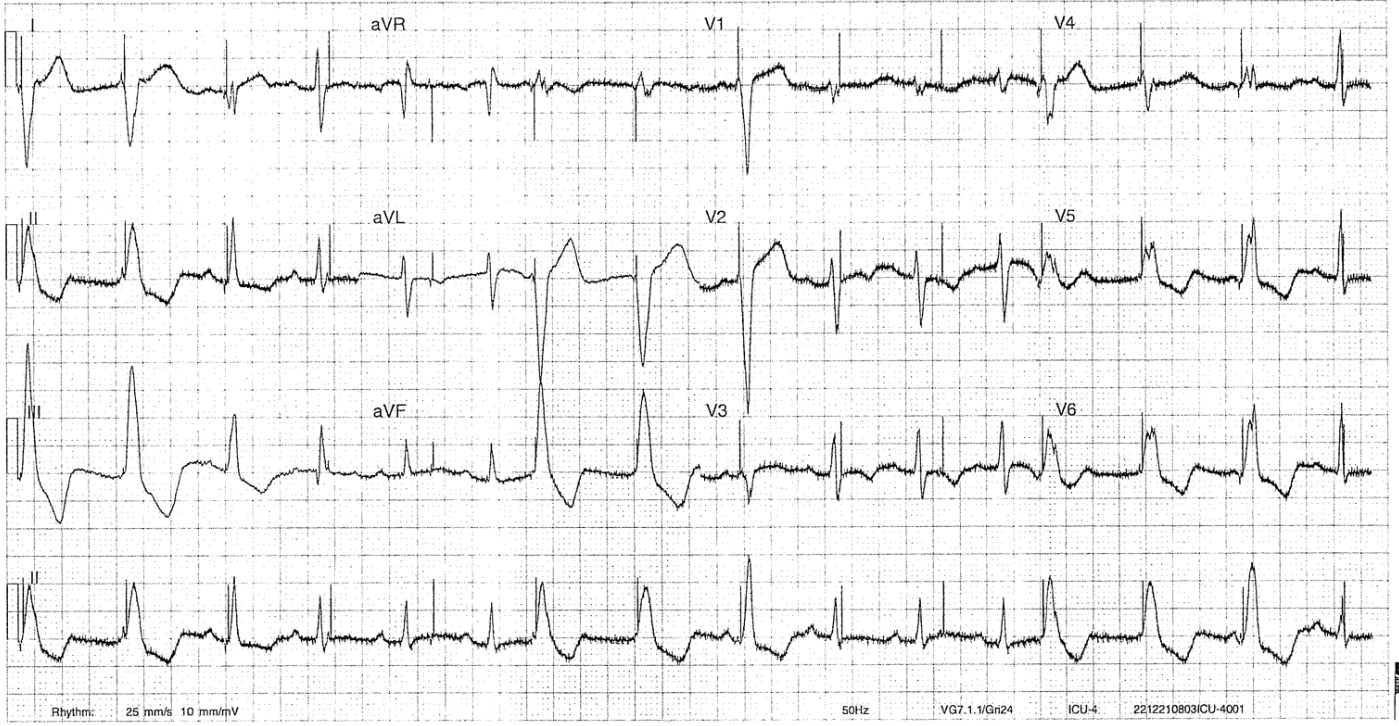 Looking at the rhythm strip, there is sinus rhythm, interspersed with wide complexes. There is evidence of pacing spikes at a defined rate, approximately 80bpm. At first glance it appears as if some of these pacing spikes are resulting in capture with a ventricularly paced wide complex beat, but on closer scrutiny, these may in fact coincide with the patient throwing off ventricular ectopic beats rather than representing electrical capture.