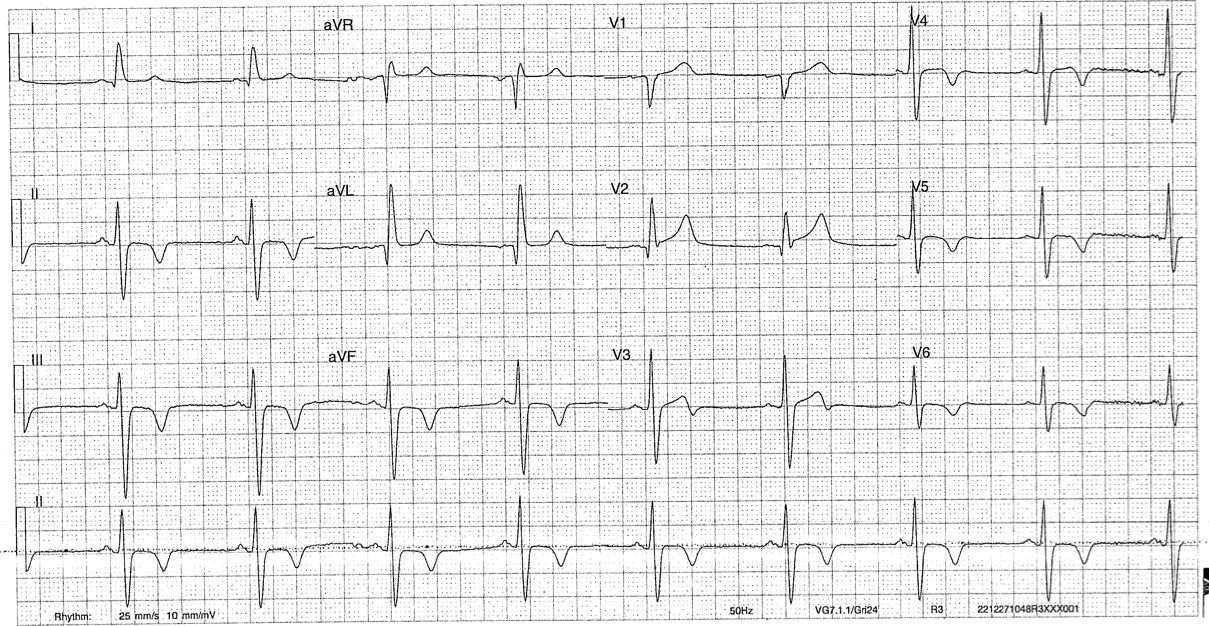 The patient is in a sinus rhythm with bradycardia (rate ~50) without evidence of AV nodal blockade. The QRS complexes are narrow. The most marked abnormality is widespread T wave inversion inferolaterally (II, III, AVF, V3 – V6). The T waves are upright in aVR and V1, and almost appear hyper acute in V2. This is distinct from an ECG he had approximately 30 minutes ago. His pain responded well to dual antiplatelet loading, GTN and a heparin infusion. He remained haemodynamically stable despite some occasional runs of bigeminy.

His larger clinical picture and important priorities to qualify include: